The first release of libosinfo is out!

libosinfo is a GObject based library API for managing information about
operating systems, hypervisors and the (virtual) hardware devices they can
support. It includes a database containing device metadata and provides APIs
to match/identify optimal devices for deploying an operating system on a
hypervisor. Via the magic of GObject Introspection, the API is available in all
common programming languages with demos for javascript (GJS/Seed) and python
(PyGObject). Also provided are Vala bindings.

libosinfo is Free Software and licenced under LGPLv2+.

The party turned out to be a lot more successful than I thought. I thought only a few people will show-up since there aren't that many gnomies around that I know of. We had lots of nice discussions on various topics especially the future of GNOME and Free SW in general. One of the participants was very interested in having some way to write UIs that work for both big screens and tiny screen of his Openmoko mobile phone, which turned out to be quite an interesting discussion.

Taking the EXOPC running Fedora 16 with me was indeed a good idea since almost every participant wanted to see how it works. Although I had to keep telling/reminding everyone that on-screen-keyboard in gnome-shell is not exactly finished, I noticed that people were pretty much already able to use GNOME 3.2 with a touch-only interface. The biggest issue people encountered wasn't the OSK though but the bad touch-screen on the tablet.

Some pictures from the event: 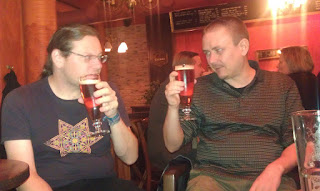 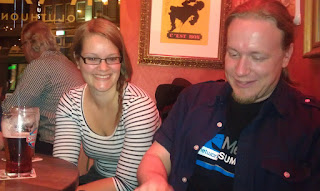 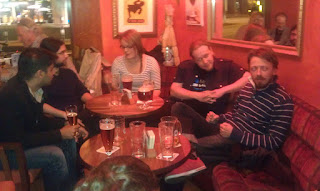 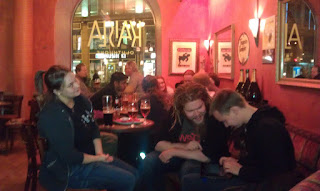 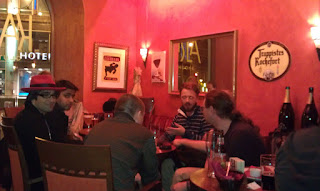 Posted by zeenix at 6:30 AM No comments:

If you happen to be in Helsinki tomorrow (Wednesday) evening, don't forget to drop-by at Kaisla to celebrate the awesome GNOME 3.2 release with us. Not only you will get to hang-out and have beers with other cool people in town but also get to try out GNOME 3.2 on a tablet. If you have never been to Kaisla before, this is one bar you must visit if you are interested in beers as they have a rather decent collection of beers from different countries.