So based on comments received on the Rygel logo in the last blog entry, Klaus did some adjustments and came-up with even more improved version: 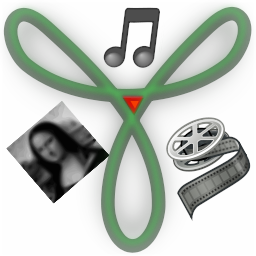 While you can follow the progress of Rygel through the release announcements on my blog, mailing-lists and even git log, I feel that I am not providing enough information about the future plans. Also there are some things that are not (or so far have not been) in a shape to be part of a release so here is some of what is coming:

I've been looking for an artist to make me a nice logo ever since the start of the project. A few artists gave it a try but they didn't succeed in creating anything worth showing to anyone. I couldn't possibly blame them since:


So what happened was that I told Sebastian that I was so jealous of his new logo, he asked Klaus to attempt to do the same for Rygel. He did and after a bit of talking and him trying different ideas, we finally agreed on this: 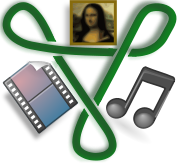 Some people like it, some people don't but I like it. I think Klaus did a pretty good job, keeping in mind this wasn't an easy one. If you are one of those who don't like it, feel free to provide better alternatives or suggestions for Klaus.

Tracker or no Tracker

About an year ago, we (mostly Jens Georg) wrote a plugin (media-export) for Rygel that exposes folders on filesystem on the UPnP network. Although that meant us re-implementing some wheels and getting hated (no i know Ivan still loves me :)) for not being active member of Tracker revolution, I think this was still the right decision because:


So now its mid'ish 2010, the world has changed and so has Tracker:


Some people still just don't like the very idea of Tracker and for those lost souls, I quote Owen Taylor:

So keeping these facts in mind I've decided to:

Some facts that I forgot to mention/explain when I posted the blog entry and to reply to some comments I received here and on IRC:


I'll leave the comments about the Logo for Klaus to reply. :)

OK OK, I get it that I am making a lot more people unhappy than I am making happy with the 'media-export' plan. So based on that and the fact that Jens is willing to keep maintaining media-export for me, I'll leave this as is. I'll just move code in the core that only media-export uses into media-export plugin. I myself will embrace the future and concentrate on Tracker integration. :)
Posted by zeenix at 5:19 PM 8 comments:

Download source tarball from here
Posted by zeenix at 7:40 AM 6 comments:

Download source tarball from here
Posted by zeenix at 9:47 AM No comments:

I mentioned this cool guy Zachary Goldberg in my blog and in my talk before. While I mentioned his name in regards to his efforts to making sure GUPnP glues nicely with gobject-introspection and is usable from Python, he went much further than I expected and made a cool new UPnP control-point for N900 based on GUPnP in Python. He named it Zhaan (another character from Farscape in the spirit of Rygel).

You can check out more screenshots/specs of the project and follow its status here.

There are many people out there making cool UIs but they end-up using wrong tools and/or re-inventing the wheel so its nice to see someone doing cool stuff but the right way. :)
Posted by zeenix at 7:57 AM 1 comment: